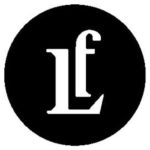 Letter boards aren't new. In fact, they're pretty old. For half a century, letter boards were the most efficient way of neatly and uniformly displaying information that was subject to change. Their use ranged from coffee shop menus to mugshot nameplates to class photo props to church directories. And while you still might see the occasional board at aging office buildings or neighborhood chapels, they're clearly in the rearview mirror of the 21st century. They're plain, they're not digital, and they require a little bit of labor.

And yet, despite all of their shortcomings, there's an unmistakable beauty in these boards. The sharp contrast of the white Helvetica letters against the textured jet-black felt. The subtle artistry of letter placement, kerning and leading. The power of a single word against a sea of negative space. It's for these reasons and more that we wanted to repurpose and reimagine yesterday's letter board for today.

Our mission is to bring the lost art of typesetting and the power of the written word into homes. We create premium slotted felt letter boards that are handcrafted to become personalized pieces of art fit for the walls of your home.

All of our products are proudly made in the USA.

Start your own shop today.

It's free and easy!